If you're in the market for performance accessories, ROUSH has you covered.  We install Roush supercharger kits, ROUSH performance pacs, ROUSH cold air intakes, ROUSH exhausts, ROUSH suspension kits and ROUSH body kits to customize your Ford into a true performance truck or race ready Mustang.

If not from Vancouver Island that is okay, our ROUSH Performance team will work with you over the phone, email, or text to find the perfect ROUSH car or ROUSH truck and then Island Ford will arrange for your ROUSH to be delivered right to your door.

The ROUSH F-150 is Rugged and Redefined.  This ROUSH F-150 combines off-road capability with rugged good looks.  This truck offers excitement on any terrain, but thanks to the FOX 2.0 off-road suspension and lift you will explore in comfort. With an aggressive appearance, you will look good no matter where you go. 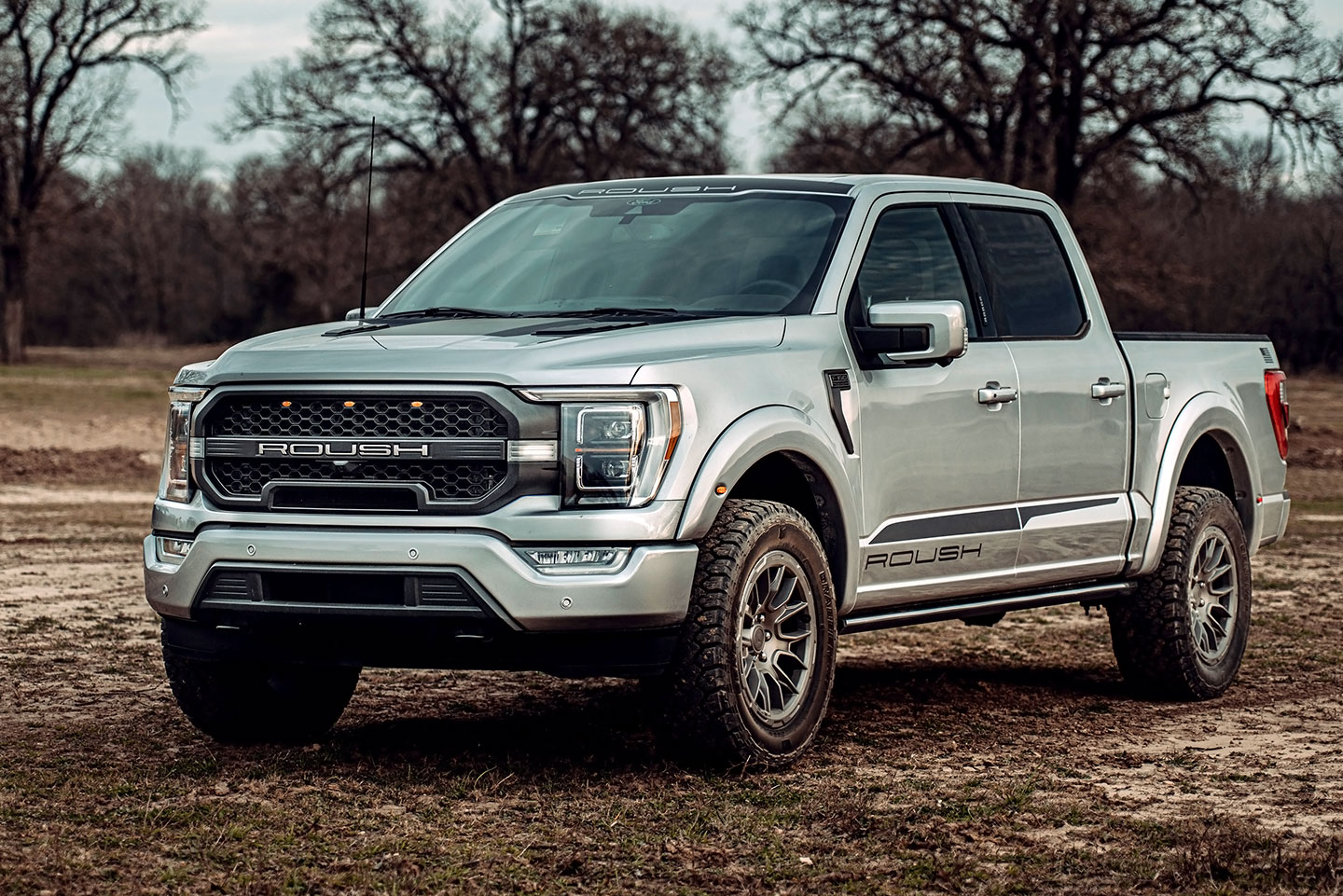 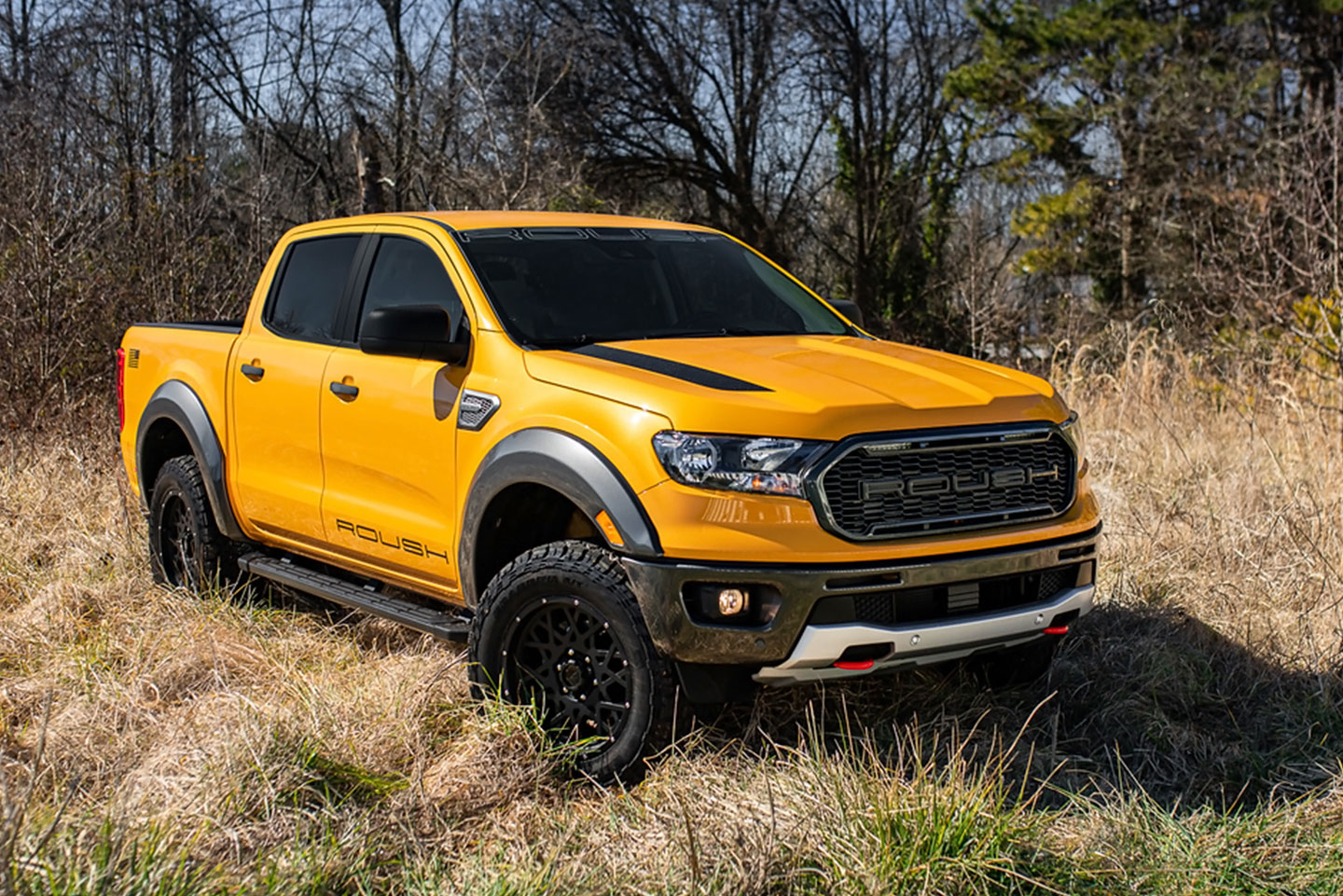 This ROUSH Ranger is hopped up to 270 horsepower and 310 lb-ft of torque.  It provides increased performance to hit the street, trail or put it to work. Turn heads and have more power to make an impact wherever you go.  Click Here For More Info on the ROUSH Ranger >> 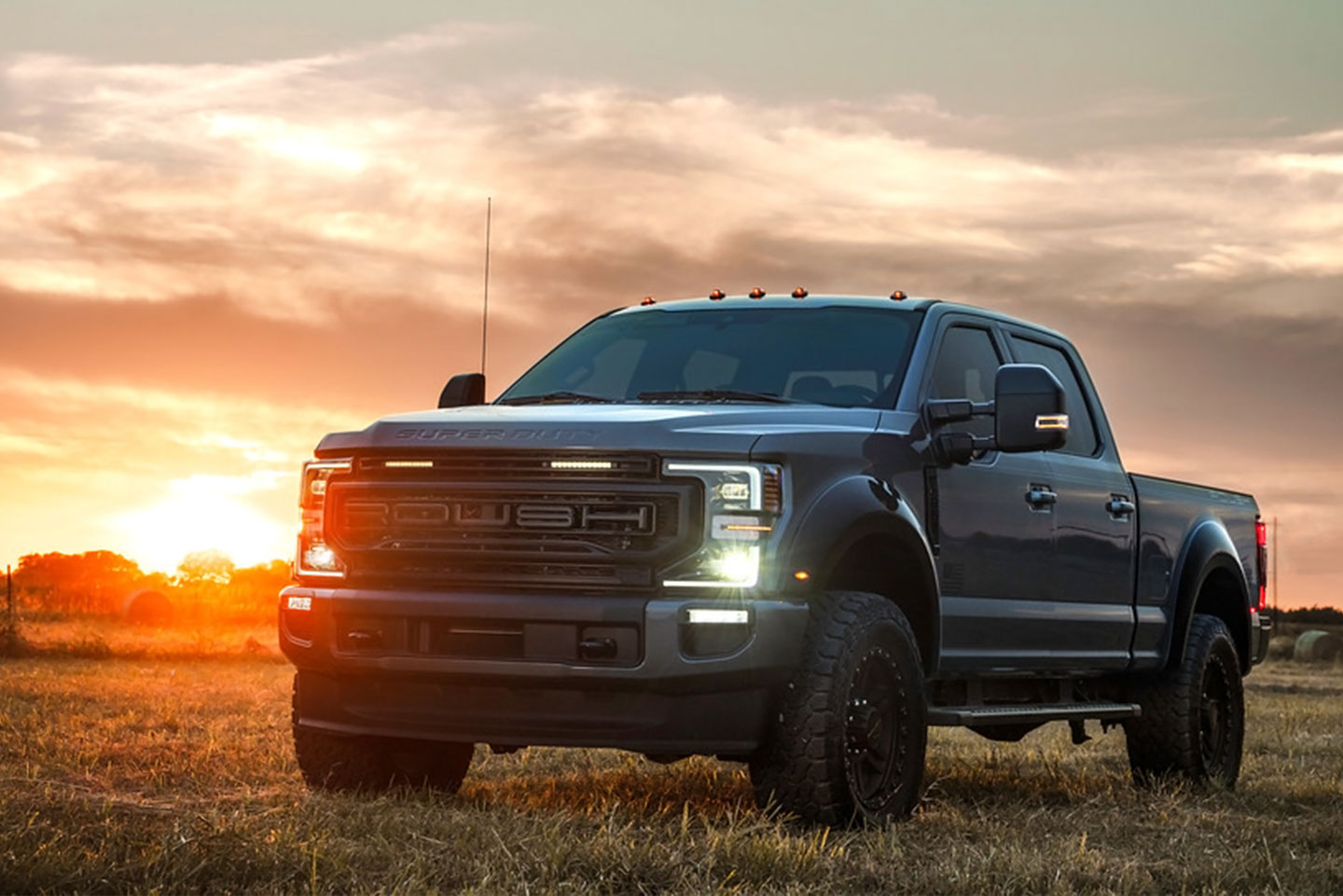 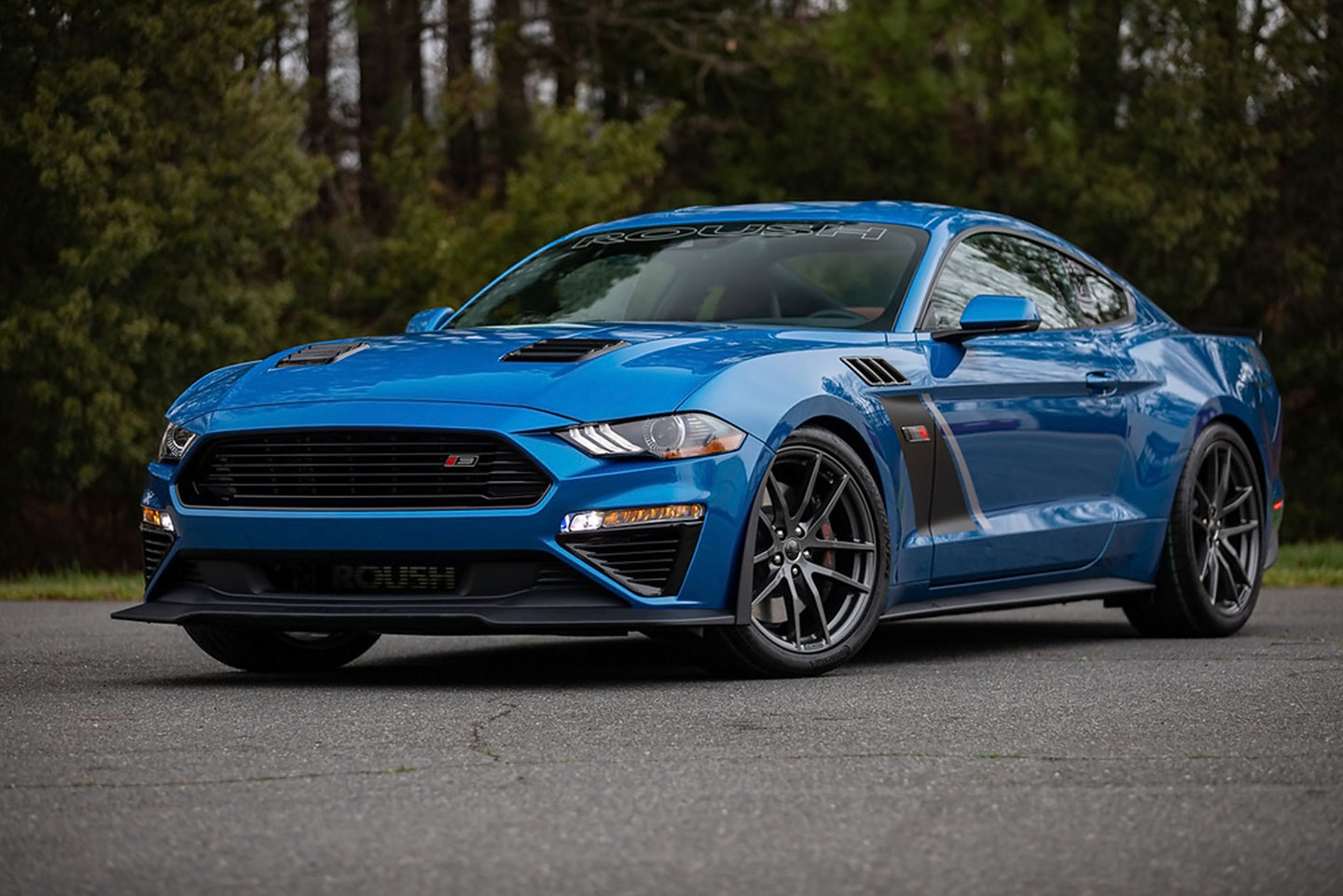 The ROUSH Stage 3 Mustang has head turning performance featuring 750 horsepower and 670 lb-ft of torque this ultimate driving machine can do 0-60 mph in 3.6 seconds or 11.2 seconds in the quarter mile. You will stand out from the crowd with its aggressive stance and piano-black fascia, prominent rear spoiler. Click Here For More Info on ROUSH Stage 3 Mustang >>

The ROUSH Stage 2 Mustang is customized and has you track ready. This muscle car puts you in the driver’s seat both on and off the track. With its 5.0L V8 engine pushing 460 horsepower and 1.07 lateral Gs on the skidpad. This Mustang captures timeless American appeal.  Click Here For More Info on ROUSH Stage 2 Mustang >> 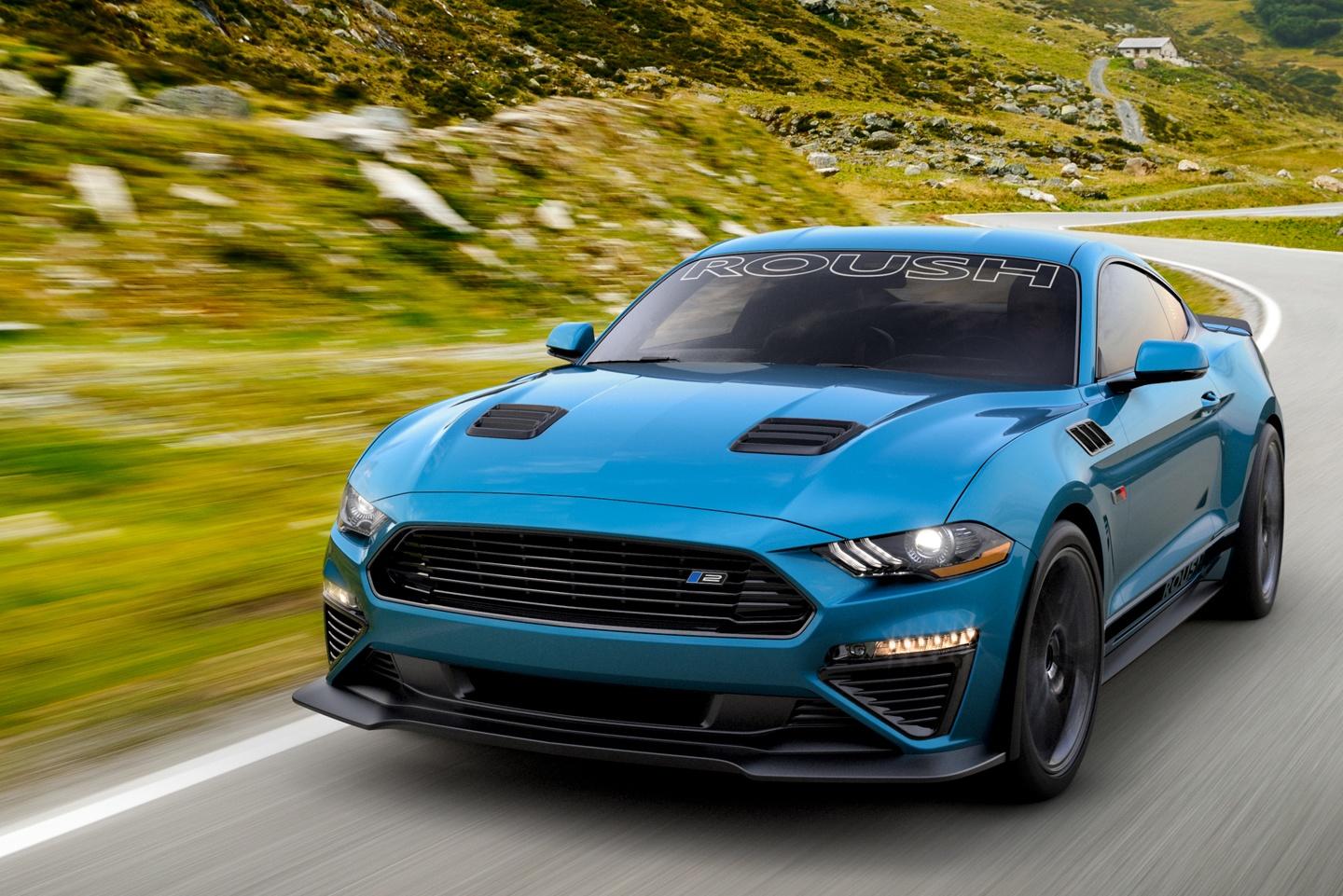 Jack Roush, the founder and owner of ROUSH Performance, has had a lifelong passion for hot rods, racing, and Mustangs that drove him to create ROUSH Performance Products. Jack Roush always said, “Between a Road Car and a Race Car is a ROUSH Car!”

Roush’s automotive career began as an engine developer for Ford Motor Company.  He quickly was drawn to drag racing and created his own team and won multiple championships over the years.  Combining engineering and entrepreneurship he founded ROUSH Performance Engineering in 1976.

Roush’s time racing span across all forms of motorsports from NRHA, IMAS, SCCA, and NASCAR just to name a few.  Some of his most notable wins include 10 consecutive championships at 24 Hours of Daytona sedan class.  With the boldest leap into NASCAR in 1988, he started with a one team car and driver Mark Martin.  He created an astounding reputation for driver development, having 13 drivers earn Rookie of the Year awards and 19 different drivers win while driving his cars. Since its inception, ROUSH has competed exclusively in Ford brand automobiles.

In 2007, ROUSH Racing and Fenway Sports Group formed ROUSH Fenway Racing to create one iconic partnership.  This partnership has won over 325 Cup Series victories and five owner championships. Jack Roush is now the winning-est owner in NASCAR history and an icon of American engineering. The team also operates ROUSH-Yates Engines, which provides engines for most Ford teams in NASCAR and ARCA competition.

You choose ROUSH if you’re after the best Ford.

Ask the Seller for a CARFAX Canada Report

What is a CARFAX Canada report?

What does CARFAX Canada tell you?

Why ask for a CARFAX Canada report?

By clicking “Send Email to Seller”, you agree to our terms of use and privacy policy. Your message will be emailed to the poster and not made public.